Who is MeOnly and what do we do?

MeOnly is a next generation verification and single sign on platform that is cloud based that integrates with virtually any verified third party partner. MeOnly, using Artificial Intelligence and Computer Learning takes in biometric data, government issued ID as well as real life awareness knowledge to create an E-DNA. Once the E-DNA is created all physical aggregated data is purged.

In 2017, MeOnly launched its solution to its first 100 users in BETA servicing a niche market in the insurance space. Since our initial launch MeOnly has seen great success and is currently being used as the primary verification solution for multiple solutions allowing millions of Americans to access their medical records. MeOnly is a fully customizable solution, exceeding NIST guidelines for remote verification.

MeOnly’s vision is to be the world’s cloud based biometric verification solution.

MeOnly’s goal is to create a passwordless environment and to become the defacto biometric as a service solution.

To create a workplace that people love their place of employment, to create a more secure world and to be able to give back to society to make it a safer better place.

MeOnly is the technological leader in biometric identification for third-party user authentication.

As a serial entrepreneur in the healthcare space, CEO Eli Rowe was well aware of the need for a more secure method of application sign-ons and verifications, especially when highly sensitive data was involved. Most financial and medical application providers take security seriously. But the changing nature of security threats and best practices keep programmers scrambling to keep up. The result is that nearly every web site implements its own tight security scheme, often dismissing usability concerns as secondary. Clients are forced to remember a multitude of highly complex passwords with special characters, re-verify constantly using text message checks, or deal with account lockouts.


Surely there had to be a better way. Biometrics was the answer. Both more secure and easier to use than existing authentication methods, technologies like facial identification are on the cusp of revolutionizing how we interact with technology.

In 2014 Eli met Moti Mitteldorf. Moti a seasoned IT professional with many years’ experience building cutting edge technology and web-based solutions heard Eli’s vision and decided to join forced to start building out cutting-edge solutions. Together Moti and Eli have built out futuristic technologies both in biometric and healthcare space.

Learn more about how our services can take your security to the next level. 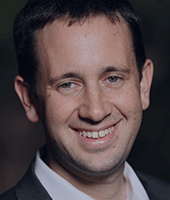 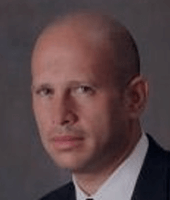 Raised in Brooklyn, New York, Moti went to Kingsborough and continued his education in Israel. His entrepreneurial ambitions started young, selling candy to his friends in elementary school for a tidy profit. But he soon discovered opportunity in more advanced markets; in college, Moti bought old computers, upgraded and reassembled them, and sold them off to his parents’ friends. Upon his return to the United State he started an on-site technical support company that grew to specialize in backup and cybersecurity around the globe. Moti is married to his beautiful wife Rebecca and has five wonderful children.
Noted for his ability to spot opportunities around developing technology services in emerging markets, Eli graduated Summa Cum Laude with a business degree from Touro College. He uses his commercial pilots license to volunteer as a rescue paramedic and is always on call as a first responder. Currently living in Queens, NY, nothing makes Eli happier than spending time with his wife, two sweet daughters, and hyperactive sons.